An Illiterate Farmer Builds Own Windmill To Generate Electricity 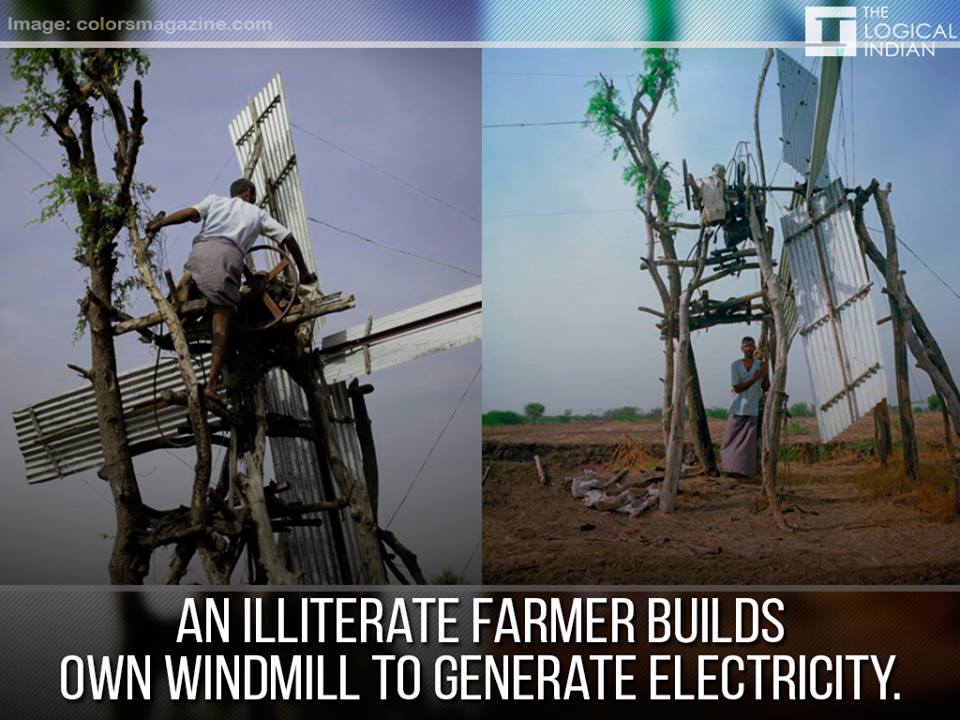 Apparently illiterate farmers can do wonders in the field of technology and research.

Farmer Siddappa G Hullajogi from Karnataka never went to a school but designed a windmill to generate power. “I use the electricity from windmill in my fields and my house,” he said.

The farmer first thought of alternative power when the electricity office refused to provide electricity to his village as it was far from the nearest powered village. His ideas came from windmills installed near his fields by private power companies.

Siddappa used waste materials to design the windmill. He fabricated blades using tin sheets, and he used wood and copper wires to make a propeller.

The windmill operates a borewell to irrigate Siddappa’s farm. It is also used to power bulbs in the homes of the farmer and his brother. “The windmill generates power to light up 10 bulbs of 60 watts and two TV sets in my home and my brother’s,” says Siddappa.