Mohanlal has got some exciting films coming up this year. The suspense-thriller Neerali will be his next to hit screens followed by Drama and Kayamkulam Kochunni, in which he plays an extended cameo. Drama’s shoot was wrapped up only recently in UK. Veteran Ranjith is directing this movie, which marks his reunion with Mohanlal after a three year long gap.

Drama is an eagerly awaited movie as Mohanlal-Ranjith duo have delivered many memorable films in the past. In a recent interview, Mohanlal sounded very hopeful about the movie. According to him, Drama is a kind of movie that has not been attempted in Malayalam cinema. Unlike the actor-director duo’s earlier films, Drama will not have any superstar elements such as massive action scenes or dialogues. Ranjith has scripted it as a feel-good movie with equal dose of humour, sentiments and family drama.

Drama was a hastily planned project as Ranjith’s initial plan was to direct a romantic flick titled Bilathikadha. Maniyanpilla Raju’s son Niranj and Anu Sithara were supposed to play lead roles in the movie with an extended cameo by Mohanlal. However, due to some unknown reasons, the project got dropped and Ranjith worked on a new script with Mohanlal as the lead. Eventually, the actor managed to squeeze in dates from his busy schedule. 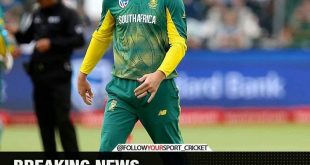