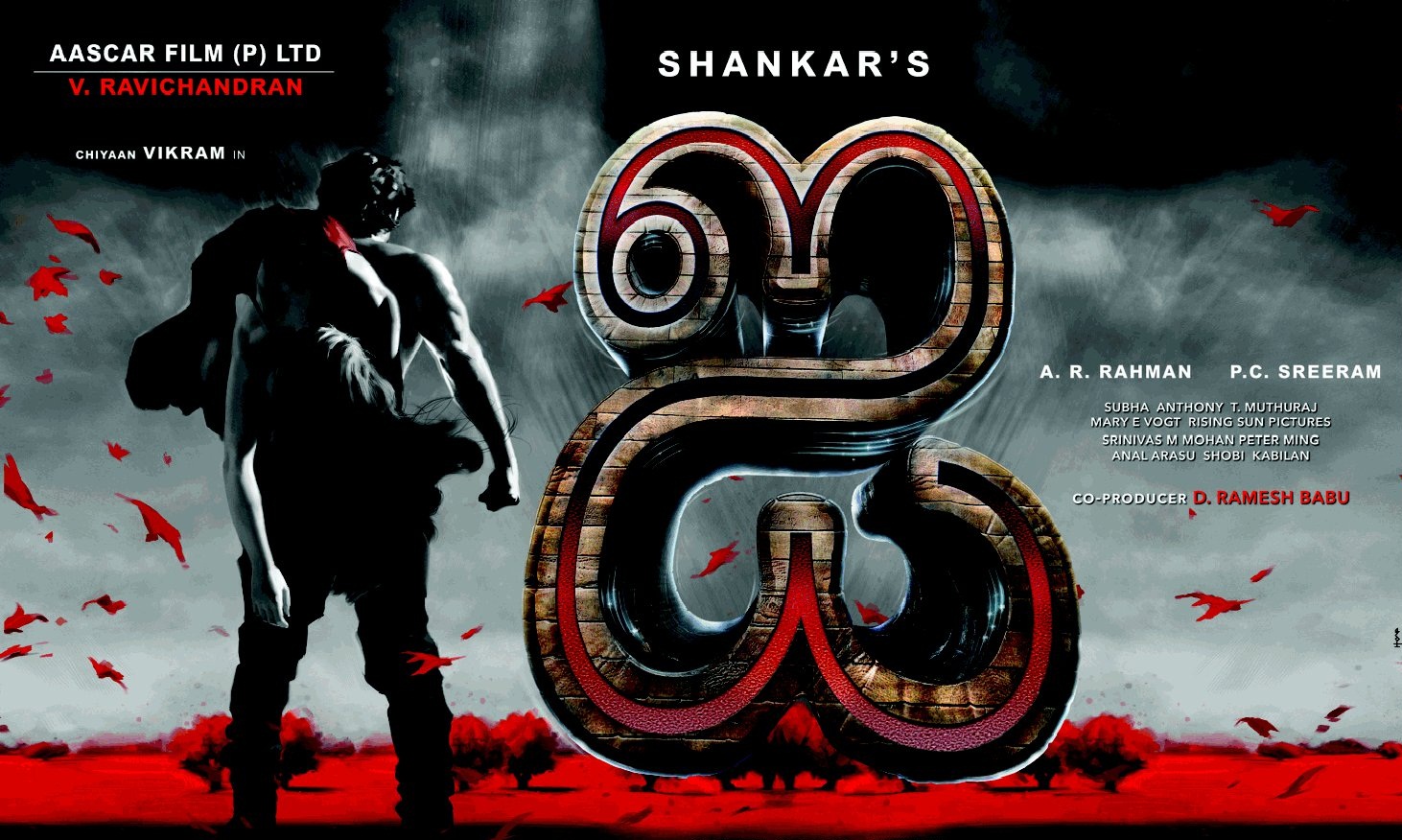 He kept all of us waiting for more than three years and the reality is those three years and the waiting period have yielded results that Shankarshould be proud of. ‘I’ is a magnanimous movie in all respects meeting all our expectations and pre release hype. No disappointments whatsoever and Vikram, he is the man of the moment putting in efforts which we all can’t even imagine. For Indian movie standards on the making side, ‘I’ is one level up and is definitely a benchmark to follow for other film makers especially the technical side. A commercial entertainer with all the flavours of a mass movie and at the same time giving technical side the perfect boost up, ‘I’ is a visual beauty.

Since it will be more of a spoiler if i go too much into the plot, i am summarising the same in very few lines. Lingesan (Vikram) is an ardent body builder who aims and works to win over the Mr.India title. He is madly in love with (Amy Jackson) who is a model and the film focus on their relationship and what happens to their life through some unfortunate turn of events.

Its an around show of Vikram who carries the entire film right from the start till the very end. The film takes some time to give an insight of each and every character. Then it gradually build up with a well executed first half and culminates with a perfect second half to compensate the pre interval session. Its not a new storyline but a normal romantic tale of revenge but executed differently.

On screen as said, Vikram has done a tremendous job portraying his role with different shades meeting the expectations. As we all know, lot of efforts have gone into his transformation of characters and full applause to him as well as the prosthetic team behind the film. Amy Jackson has not been reduced to the sidelines as she was able to make a mark in a hero dominated movie. Upen Patel looked good with problems with lip synching on the dubbing side. Santhanam was able to tickle our funny bone with his comic acts while Suresh Gopi did his brief but important role doing justice to the character given to him.

Now coming to the technical side which is the main highlight, direction by Shankar, Cinematography by P.C Sreeram and above all music from A.R. Rahman complimented completely giving a different feel for the movie.

Overall i would say the screenplay is just average but the execution by Shankar and the performance of Vikram takes the movie to the next level. Already the hype and expectations are its peak but still it would be good if you can keep your level of expectations a bit lower before coming to the cinema halls. As an entertainer that did not disappoint me, i go with four out of five for Shankar’s ‘I’