Share
Kaala is not the typical Rajnikanth film like a Sivaji, Baasha or a Padayappa. Those of you who know the filmmaking style and motives of director Pa Ranjith would definitely know the aim and nature of the movie. On a cinematic level, Kaala is a refined version of Kabali. From&hellip;
Kaala Review
Kaala Review
Rojan Nath 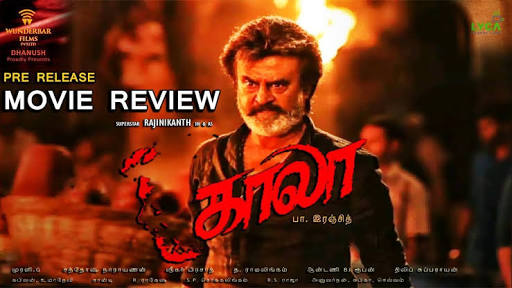 Kaala is not the typical Rajnikanth film like a Sivaji, Baasha or a Padayappa. Those of you who know the filmmaking style and motives of director Pa Ranjith would definitely know the aim and nature of the movie. On a cinematic level, Kaala is a refined version of Kabali. From Dalit politics to on the face of criticism of current political picture, Kaala is an entirely political movie that impresses you with its boldness and occasionally disappointsyou with the typical feel in its narrative.

Karikaalan is this all in all of the Dharavi slums. Politician Haridev wanted to gain power over Dharavi so that he could widen his real estate empire. Sighting the possible foul plays, Kaala always stood against the seemingly good initiatives. The film is ultimately about this battle between Haridev and Karikaalan over Dharavi.

Pa. Ranjith smartly has chosen Dharavi as the metaphor for India. And his Karikaalan is the fictional leader India as of now doesn’t have. Ranjith is bold enough to give his right-wing antagonist slogans like Clean Dharavi and Digital Mumbai. In fact, he has included many elements like communal rights, intolerance etc within the Dharavi saga to strike a chord with the politically aware viewer. It is somewhat clear that more than the superstar, it is clearly Ranjith’s politics that gets depicted here. While the grounded feel of characters and their bonding gives the movie freshness when you look at it as a Rajini film, there is this lack of subtlety in certain statements. But the last Raavana reference and the open end climax act sort of elevates the movie.

The best way to approach Kaala is as a Pa. Ranjith movie. He is a filmmaker who has boldly spoken for the oppressed. Kabali wasn’t an impressive work from his side as he gave the politics way too much importance over the storytelling process. In Kaala, the compromises are there for sure. But I found Ranjith managing to strike a fair enough balance in being political within a stylized gangster flick. He is using the aura of Rajnikanth to convey a statement rather than gaining the instant claps through punch dialogues. The downside is the lack of smoothness is the layering of the screenplay. Maybe the Rajnikanth factor was forcing Ranjith to be loud and you can sense a reluctance from his end in being loud. Towards the end, he sort of establishes the idea in a grand looking symbolic climax. The cinematography captures the texture of the slums authentically. Music from Santhosh Narayanan is a mix of various kinds of songs and it all blended smoothly to the narrative. The action was limited and Sreekar Prasad chopped it stylishly.

Kaala is not at all a flawless work. The lack of the so-called masala action and the length of certain episodes (the Zareena one for eg.) are surely making the film a bit too slow at times. But there is a strong political statement here, the subtle reference to gender equality is there and many similar layers were there which in my opinion gives an edge to Kaala over Kabali. And thanks to Thoothukudi, we now know whose politics is there in the film. 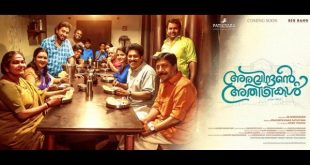